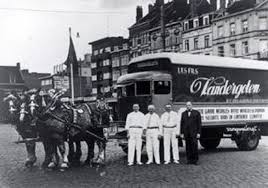 In 2011 the Cheval et Forêt asbl was chosen by the VANDERGOTEN company – emblematic among removal companies in Brussels, and famous for its partnership with the Belgian draft horse – to become the custodian of their harnesses and attachments, which are true collectors’ items.

For many Brussels people, over many long decades, the Belgian draft horse was an indispensable working partner. This was particularly so for the VANDERGOTEN family during the 19th and 20th centuries. For those curious about Brussels’ heritage, René VANDERGOTEN, the last manager of that famous company remembers …

And mention of the VANDERGOTEN family reminds us of the long and close collaboration that existed between the Belgian draft horse and the Opera. Starting in 1900, and continuing till 1940, the horses from the famous company used all their strength to move some of the pharaonic designs of the Théâtre Royal de la Monnaie. The contemporary world of the horse remembers this powerful and modern heritage. (Johan KIPS, Les Seigneurs des Bas fonds, Paard en Rijtuig, n°35, 2003-2004, A.V.B. , A.P. 1304) 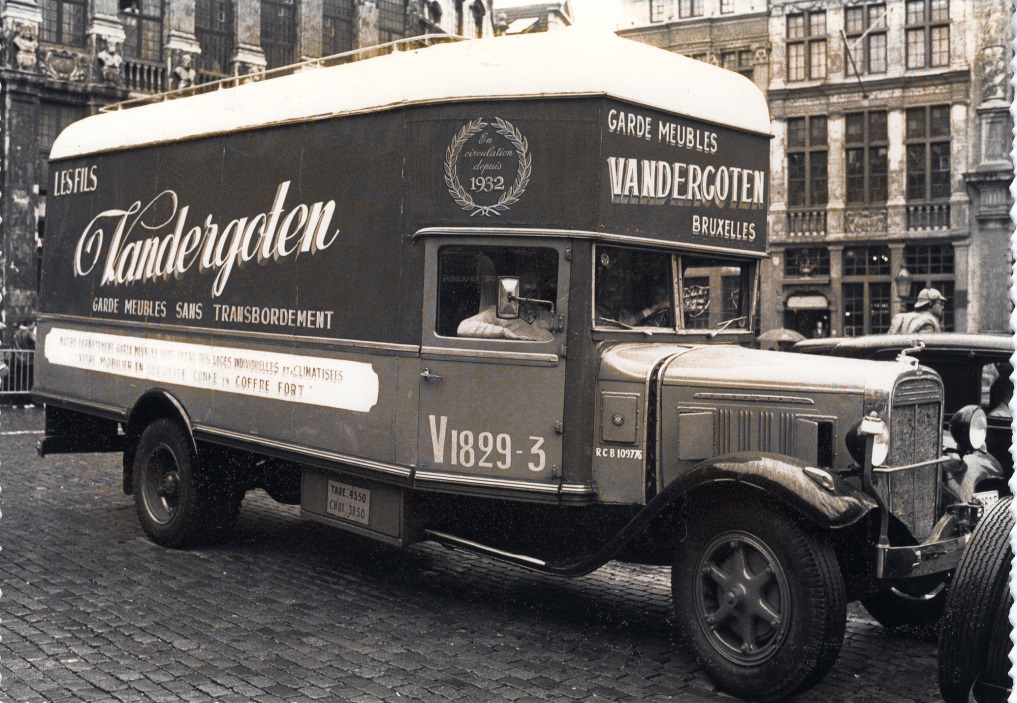 The tough daily grind of this truly authentic family attracted the attention and admiration of Pierre WOLFS, a journalist and with a special interest in the horse world. This renowned journalist took a close interest in this very special removal company and its final manager, René VANDERGOTEN. It was after a meeting and interview with him that in his turn Pierre WOLFS wrote… (P. WOLFS, « Les Vandergoten« , Le Sillon belge, 15/04/1988, A.V.B., A.P., 1304)

Our asbl works through various events to raise public awareness and to conserve and to promote this part of the Brussels heritage ::

• On the occasion of the event Rouge-Cloître en Fête.in June 2014, Cheval et Forêt exhibited some of the original horse collars and harnesses.

• And as part of the Journées du Patrimoine in September 2018, Cheval et Forêt and the Archives of the City of Brussels presented a new exhibition which was entirely devoted to the VANDERGOTEN family, and to a history that continues uninterupted to the present day and the four draft horses of Cheval et Forêt

« Until the late sixties, the powerful teams of chestnut horses of the removal company Vandergoten were a real part of the cultural heritage of our capital. Whether in working harness pulling heavy-carts, or caparisoned with rich trappings as part of the processions to St Michael’s Cathedral in Brussels, to St-Guidon in Anderlecht, in the Ommegang, or in the national competition of the Belgian draft horse on the great track of the Heysel building number 5, these magnificent giants always aroused general admiration .  » (Peter Wolfs †)

Cheval et Forêt is amassing an archive of testimonies of the history of the wori-horse Brussels.